This 30 year concession was for the design, build, financing and operation of a multi-site schools PFI project in the UK. The project was acquired as part of a large portfolio, the due diligence for which identified a dispute that management representations indicated was resolved with settlement documentation pending. It quickly became apparent that this was not the case.

The dispute with the client involved the contractual interpretation of the payment mechanism resulting in £300k pa of unrecovered disputed costs. This resulted in an unsustainable cash outflow that would have led to insolvency within 18 months. The consequences would have been the collapse of the concession with a total loss of investment, negative publicity and reputational damage to one of the UK’s largest PFI investors. The alternative would have been considerable further equity investment to save the project with no prospect of a return.

This dispute was complicated further by various unresolved construction disputes, excessive energy consumption and unreported loan covenant breaches. Furthermore, the operating contract had been re- let following the collapse of the original contractor on terms inconsistent with the main agreement and relationships between the parties was poor due to the lapsed time without resolution.

“Nigel has a wealth of experience in infrastructure asset management and brings a pragmatic and sensible approach to projects. His energy and determination was instrumental in achieving the successful resolution of an intractable dispute that had lasted many years before Nigel’s intervention to break the deadlock and deliver a workable solution that all stakeholders could agree” 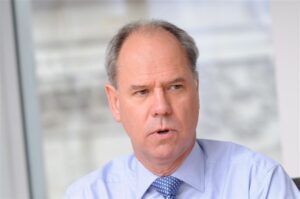 Expert, Nigel Brindley, advises investors in construction and infrastructure projects and businesses and is a non-executive director. He specialises in performance improvement and has advised a Private Equity firm in the acquisition of two distressed construction companies in 2018.

Previously, Nigel led the asset management and investor reporting for Barclays Private Equity’s infrastructure funds. He fulfilled a similar role at the investment division of Mowlem prior to its acquisition by Carillion.

Nigel’s background is in managing high profile construction projects (including BP Oil’s New Headquarters and the MI5’s Thames House Refurbishment). Nigel started his career at Arup where he was a design engineer on the iconic Lloyds Building in London.